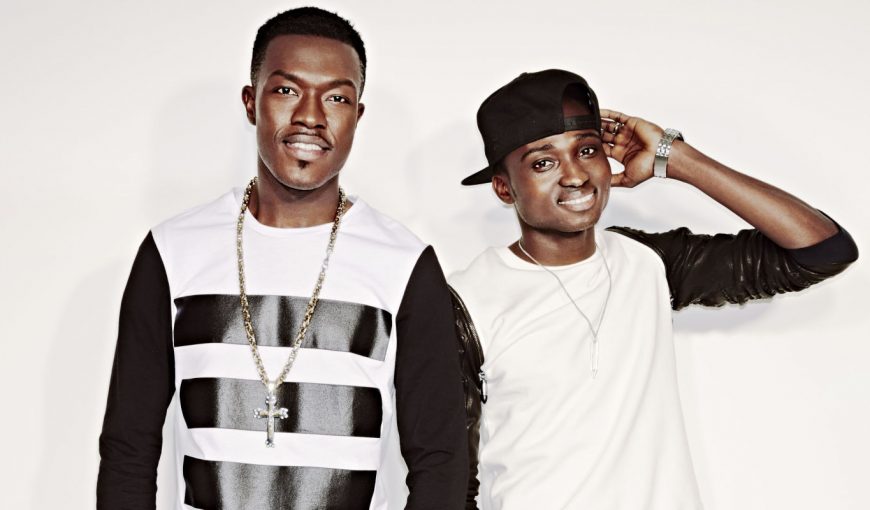 Success is not discriminatory. It works on any good foundation of hard work and on any desiring spirit willing to succeed in spite of any challenges encountered. However to succeed on a land that you are not accustomed to can be a very challenging journey. It’s like travelling to a place that you don’t understand their language. No matter how you perfect the speaking of the language, it will never equal the indigenous people. Obviously, it will take you some time to communicate and write effectively. To succeed to speak the language will come with some many challenges.

Hence for Reggie & Bollie to take that step of faith to go on X-Factor and to become a success story is something that we should not take for granted but to appreciate the fact that, they have giving us confidence that it can be done irrespective of the anticipated challenges associated with the step to make a difference in your life and that of others.

Hence success is for those that confront life with what they believe in and not those that wishfully think life will present to them an opportunity. Confronting life means you are presenting what you believe in to create your own path and not waiting for life to create one for you. Many are waiting for life to create a path for them. This is illusion as life has so many people to deal with and it only subjects itself to those that command it. Truly Reggie & Bollie is an epitome of commanding life by using their talent to channel a path that did not only open a door for them but to create a love affair for a nation and the world at large. What path are you creating for yourself? You have wished for far too long. When are you going to subject your passion to action? The fact is life is a journey. The journey is a long one. Some people never start the journey, others start but they give up along the way whilst others persist and persevere until they get to their destination of success. Reggie & Bollie is a replica of the later. They have shown sheer character, self belief, a strong mindset and a brand that derails from the cultural norm of the music genres of the UK. The difference Reggie & Bollie brought on the X-Factor is what spark the love the whole nation had for them. And there is one thing I Like about them, their originality, their heritage and belief always breathed in their performance. They did not change to suit the British style but they established and portrayed what they believe in and what they can do to the best of their ability. The way forward for you is to start to believe in yourself and what you do, it might not conform to the status quo but remember the difference you bring to the table is what will spearhead a new wave of love and attraction for what you do best. The difference is what will make you extraordinary in the market. It is what people buy and not your conformity.

For the first time, I followed this year X-Factor with an eagle eye. The Reggie & Bollie syndrome caught me and my family. It was fascinating watching them and considering they are part of my heritage gave me a sense of pride. It was amazing seeing the Reggie & Bollie fever taking centre stage in every discussion at the workplace, churches, TV, radio and across the country. Not living in a country all your life, not having a fun base in the country at the initial stages and sailing through week in week out and not even been in the bottom two and eventually becoming runners up is a feat worth celebrating and acknowledging. Their story resonates with Joseph in the Bible, meaning they travelled to a foreign land, struggled, encountered insurmountable challenges but always believed in their abilities and at the right time, they met their Pharaoh in the name of X-Factor. Therefore, they are true definition of the Biblical phrase; a man’s gift maketh room for him, and bringeth him before great men. The emphasis is on your talent not your certificates, educational background, your wisdom, how smart you are or your beauty. Meaning your talent is what has the capacity to bring you before great men. I was always wondering how life has turn around for this duo within a split of a second. All of sudden they were dining with the likes of our modern day Pharaohs in the name of top celebrities like Simon Cowell, Cheryl Fernandez-Versini, Rita Ora, Fuse ODG, Craig David. Lionel Richie and all the top celebrities you can think of. This where your talent can take you. When are you going to start developing that talent of yours? You have waited for far too long. When will you start to make your talent a lifestyle?

Furthermore, to live in London and experience their success makes me appreciate them the more. My understanding of how the British system works and having an in-depth knowledge of their cultural values makes anyone who wants to showcase their belief system to have a level of confidence. Sometimes as a foreigner, it is nerve-racking to apply for certain jobs and to pursue your dreams in certain fields. Is not that the British people are not hospitable or accommodating but the system and processes of integration means you need to have confidence to showcase your beliefs and what you stand for. That is why it is easy to subject yourself to the lower end of the societal ladder on a foreign land if you are not confident enough to integrate and take centre stage.

So for Reggie & Bollie to take that bold step considering relocating to the UK  a few years ago, their background of coming from Ghana and having the confidence to take the world by surprise is an experience worth taking a cue from and use it as an asset in moving forward in pursuit of your dreams. They are trend setters and they have set the pace for others to follow. They echo my saying, ‘it is possible if only you believe’. They have inspired a lot of positives in my life and many at large. To be honest, in recent times, I have had positive discussions with my colleagues at work because they love Reggie & Bollie to the core and week in week out, this has led to a great opportunity for me to educate some of them that have a shallow knowledge of the African Continent. After all Reggie & Bollie has caused my colleagues at work to suspend the constant questioning of the negativity surrounding Ghana and Africa as a whole in terms of the adverts they see on TV portraying hunger, corruption and other societal detriments confronting our continent.

However, people are only talking about their success, the fact is, Reggie & Bollie is not an overnight success. They have worked hard behind the scenes for a long time. Reggie & Bollie hit songs like ‘adoma’ and ‘you may kiss the bride’ respectively shows how far they have come. This is amidst a lot of challenges and difficult moments. I can recall them confessing on the live show that, they were going to break up as a group by the end of the year if things didn’t work out. Reggie talked about battling depression last year as the challenges of life weighs him down and his dream seems to move far away from him. What you need to understand is that, we all have good reasons to give up in life but holding on in very difficult and challenging moments can be the moment of your breakthrough. What would have happened if they have giving up? A life time opportunity would have been missed and they would even been more depressed. Hence keep on pushing. Everything shows it’s seems impossible today but tomorrow is another exploration of life, so don’t judge your tomorrow with your experience of yesterday. Remember, today is the time to prepare for a better tomorrow. What people don’t know is that, Reggie & Bollie auditioned at the British Has Got Talent Show and they did not make it to the live show. However they picked up the pieces and auditioned on the X-Factor and the rest is history. Persistence, perseverance and a passion to succeed is one fundamental principle of success. Sometimes your talent is not enough. Your character and your willing to learn coupled with your passion to succeed will far outweigh your talent. Reggie & Bollie weren’t the best singers but their character was infectious more than anyone in the competition. So stop comparing yourself to other people and work hard at your trade.

Life can be full of surprises if you pursue your dreams. It becomes unpredictable as you can transcend from zero to be a hero. It doesn’t matter how difficult it becomes, your ability to weather the storm and to persist and persevere in the midst of turbulent times is what will take you from the dim light to the lime light. Start to believe in yourself, starve your negative mindset with the positives of life, persist and persevere until you arrive at the stage where success rather chases you instead of you chasing it. Remember challenges are what separate the successful ones from the unsuccessful ones. I always say this; all of us would have been successful if challenges were not part of the success journey. Learn to solve problems encountered in pursuit of your dreams. This is what will take you to the next level. If you continue to do what you love doing, one day the right people will just arrive and it will take you by surprise. You will move from crawling to flying and your story will be a book for others to read.

Reggie & Bollie, you have now entered into a new realm of your destiny. Hard work, humility and a will to consistently make a difference should be your sign post. As an Inspirational Speaker, I have learnt that, sometimes the rise from zero to hero can be the easiest, but to consistently stay on top of your game when you arrive at the top can be the hardest. But with you guys, I know you are too hungry for success and hence, I believe you will make all of us proud. All I want to say to you guys is that, I wish you all the best and may this new chapter of your life turn into a book.